Lausanne and cinema is a story in itself! A strong bond links Lausanners and the seventh art, and for many reasons. If you’re in the mood to enjoy watching an old movie or a preview, you’ll be spoilt for choice as Lausanne is the town in French-speaking Switzerland with the highest number of movie theatres. But that’s not all: Lausanne also owns a huge cinematheque containing unique gems that will impress the greatest fans of the seventh art. In addition, to demonstrate its keen interest in cinema, dedicated festivals are organised during the whole year. Not to forget celebrities with ties to Lausanne who are massively recognised in the field. We’ll tell you all about it!

1. A city with century-old movie theatres

There are more than 20 movie theatres in Lausanne, some of which are legendary! Get the popcorn ready, we’ll introduce you to a few.

Inaugurated in 1907, the Modern (no, it doesn’t have anything to do with the X-rated cinema Le Moderne created during the 80s) is simply the first real movie theatre in Lausanne! If it doesn’t ring any bells, it might be because the Modern, located Rue Saint-François, changed names several times before finally closing down in 1969. Difficult to picture it as the premises now house a restaurant from a fast-food chain!

The largest cinema in Switzerland still in operation! And it ain’t no spring chicken as it opened in 1928, at Avenue du Théâtre. The Capitole is definitely one of the town’s most iconic movie theatres and is considered besides as one of the most beautiful and most comfortable in Lausanne. At its beginnings, the cinema seated close to 1,100, while today that number is 870 (indeed, the standards of comfort have changed). For information, the theatre is currently undergoing renovations and will soon open again under the name “La Maison suisse du cinéma” (the Swiss House of Cinema).

Located Rue Saint-Pierre and opened in 1949, the Atlantic delighted fans of the seventh art for 58 years. Closed down in 2007, it has become a pizzeria extremely well known to Lausanne revellers and has kept (almost) all of its authentic setting, albeit renovated. A surprising blend that has enabled to hang on to a few souvenirs from its original vocation!

2. A city that houses the 6th most important cinematheque in the world

With such a status, you can well imagine the exceptional cinematographic treasures you can unearth there. A few figures go to prove that: 85,000 films, that is 700,000 reels, 2.5 million photos, 500,000 posters, 26,000 books, 720,000 periodicals, 10,000 scenarios, 2,000 cinematographic devices … A real paradise for the greatest connoisseurs of the seventh art! Founded in 1948, most of the cinematheque’s collection is housed in its archiving center in Penthaz and most of the public activity takes place at the Casino de Montbenon. 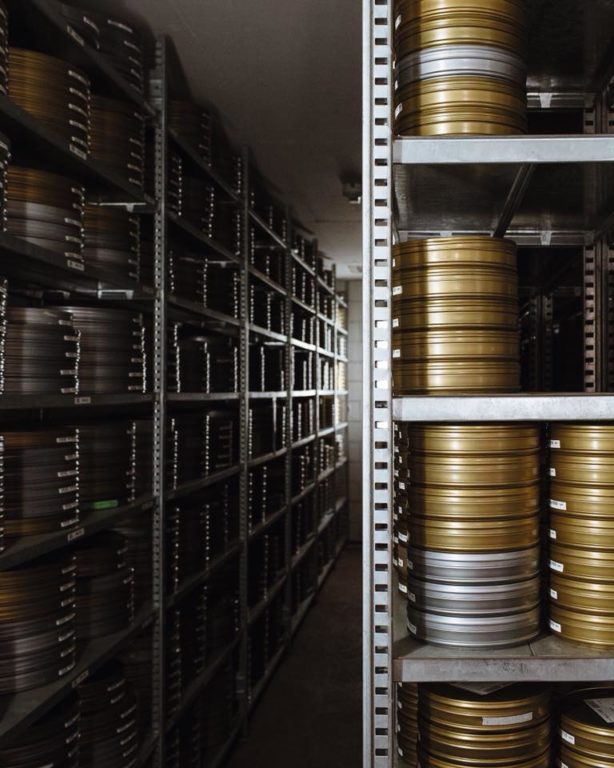 3. A city with diversified and international festivals

It’s well known that festivals form an integral part of Lausanne culture. And the world of cinema is no exception! During the whole year, extremely varied festivals are organised in Lausanne. Read on to find out more.

The Rencontres let you experience the 7th art to the full by discovering films that have made the history of cinema. During the whole event, masterclasses and conversations with those who create cinema enable you to immerse in the magic of the seventh art. Over the years, the Rencontres have welcomed Christopher Walken, Matt Dillon, Michel Hazanavicius, Paul Auster, Agnès Jaoui, Léa Seydoux, Rossy de Palma and Joël Coen. A unique event, not to be missed!

This festival is inspired by the New York Underground Film Festival and places great emphasis on presenting films that are independent, often experimental, with limited distribution and steering clear of screenings for the general public. Musical events led by artists close to the underground scene are also an integral part of this festival. 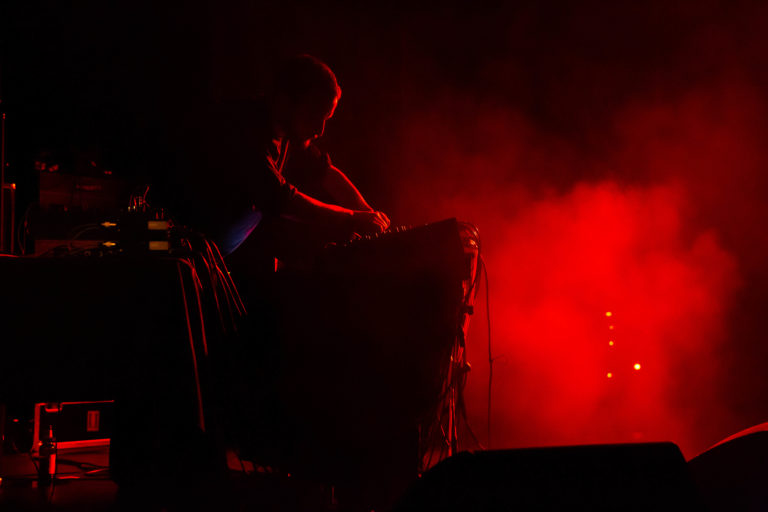 The festival’s goal: to take you on a discovery of 50 African films or that have Africa as a theme, and much more… The programme includes debates, conversations, themed evenings, photo exhibitions, concerts, gastronomy; in short, everything you need to fully enjoy a festival unique in Switzerland! 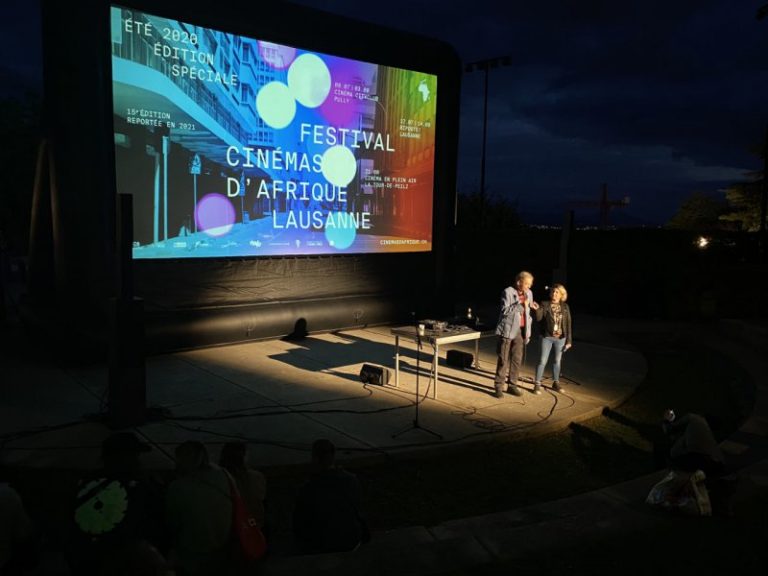 Other events linked to cinema that aren’t to be missed: the Festival Cinéma Jeune Public (Young Audiences Cinema Festival) from November 24 to 28 the Tourne-films Festival and the Ciné-Festival.

4. A city that nurtures strong relationships with film personalities

Lausanne also stands for personalities who have left their mark on cinema, such as Jean-Luc Godard or Vincent Perez.

Jean-Luc Godard does not come from Lausanne, but he has close ties with the town. Why? Because in 1981, the French-Swiss filmmaker, an iconic personality of the 1950s French New Wave movement, accepted a commission from the Lausanne town council: to produce a promotional film about the city in which he had spent many years. Well, they weren’t disappointed! It was named Letter to Freddy Buache and in it, Jean-Luc Godard sent an audiovisual letter lasting 11 minutes to Freddy Buache, the then director of the Swiss Cinematheque and great admirer of the filmmaker.

In his film, Godard described Lausanne as a “town that has lost all its poetry and its inhabitants”. Granted, a strange way to promote a town! At the sixth minute, the filmmaker explained it very clearly: “We might not have fulfilled the commission, but it wasn’t very honest to place such a commission […]. They will be furious.”

And they were: on December 8, 1981, a motion put forward by 11 elected representatives attacked the film – with a fair bit of humour! – on the grounds that the filmmaker mistook Lausanne for Freddy Buache!

We know him for his roles in Cyrano de Bergerac, Indochina, Fanfan la Tulipe, Queen Margot, The Libertine, Dalida or An Officer and a Spy. And, of course, Welcome to Switzerland.

Yet Vincent Perez has always been intent on preserving his Lausanne roots, which is why he created the festival Rencontres 7e Art Lausanne (Think Cinema).

5. A city that trains those who will create tomorrow’s cinema

For those who wish to embark in the world of cinema, this is where it’s all happening! Lausanne offers several world-renowned trainings in the field:

The Lausanne University of Art and Design (ECAL), on the other hand, offers a multidisciplinary curriculum for all cinema and moving image genres.

The Foundation for Professional Training in Cinema and Audiovisual Media (FOCAL) offers, as its name suggests, comprehensive ongoing training in cinema.

Cinema also includes animated films. The Ceruleum School teaches, among other topics, techniques to create and produce animated movies, traditional techniques as well as those based on new technologies. 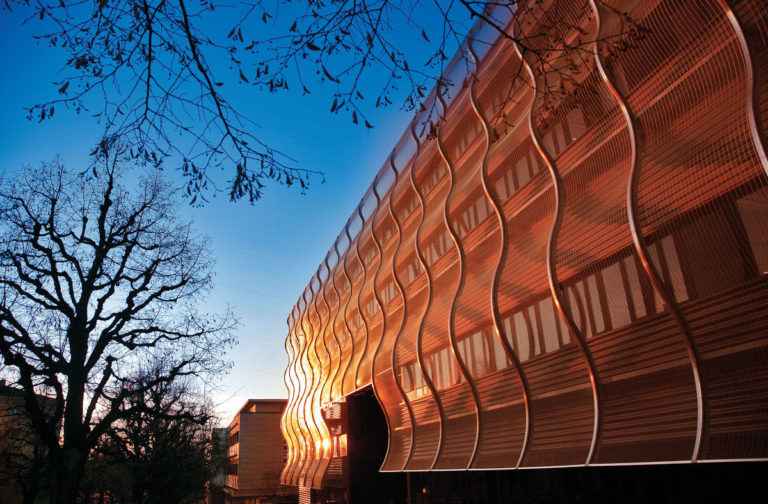 As you can see, if you love cinema, you won’t be disappointed in Lausanne! It’s undeniable that with its movie theatres, cinematheque, festivals and famous personalities, the seventh art holds a prominent place in the town. And all that makes us want to enjoy a good movie night. How about you?