Some time ago, Monocle, the must-read travel magazine, designated Lausanne as “Best small city in the world”. No less! Such a title doesn’t spring out of nowhere, and there’s no doubt: Lausanne indeed has all the assets to deserve the top spot in the ranking. Read on to find out more about them…

1. A city in which you can breathe

Living in Lausanne means growing up close to nature as well as enjoying the benefits of a town (the fourth in Switzerland!). Here, there’s no need to choose between super-efficient public transport, easy access to shops, the proximity of other strategic towns, a swim in Lake Geneva or a forest walk.

Located between lake and mountains, there is no end to the opportunities to make the most of that situation: a picnic on lakeside beaches, stand-up paddle boarding during the lunch break, as well as mountain walking less than half an hour away by public transport! As for a walk in the vineyards, head to Lavaux, a UNESCO World Heritage site that’s only 6 minutes by train from Lausanne! 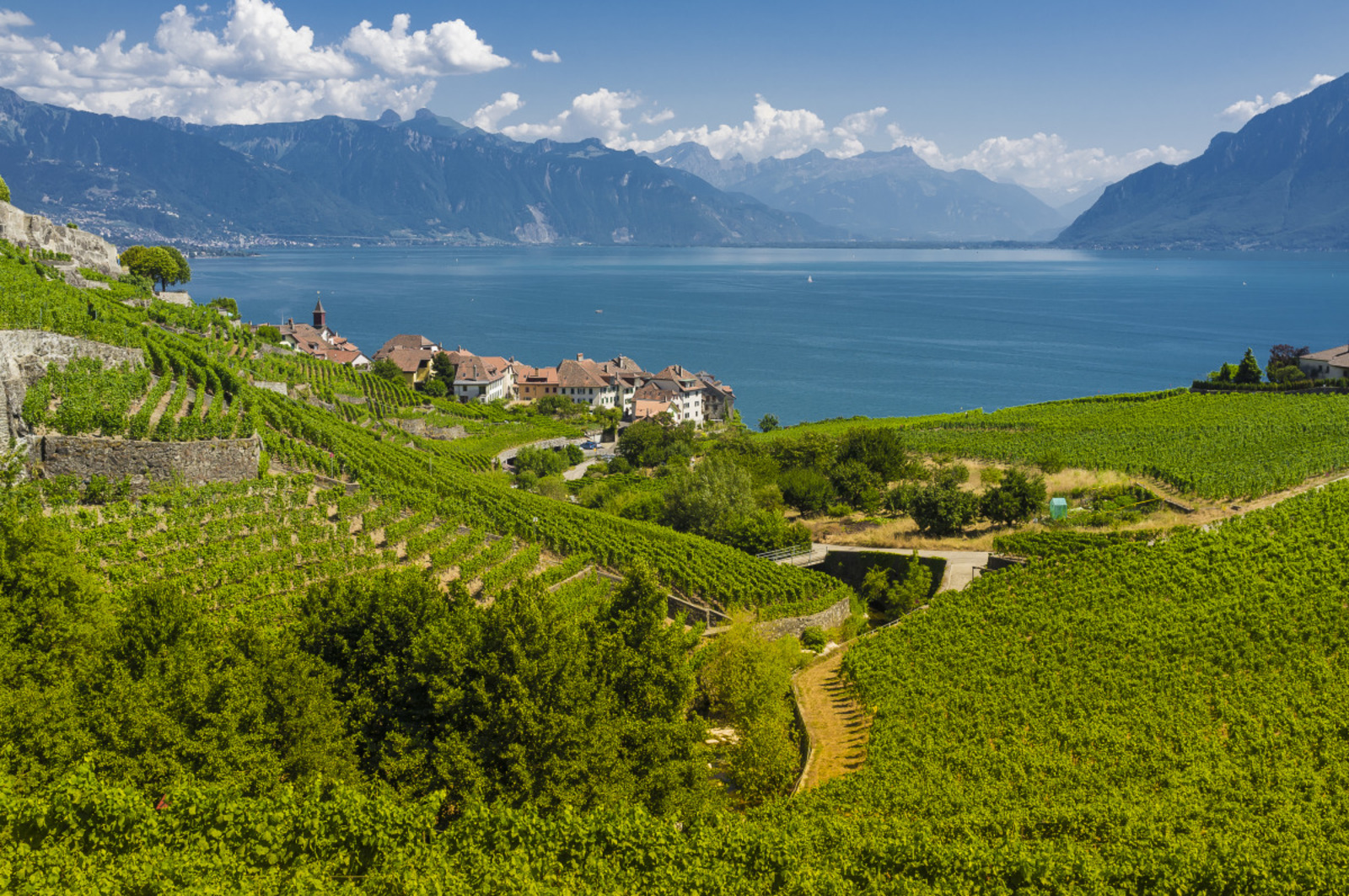 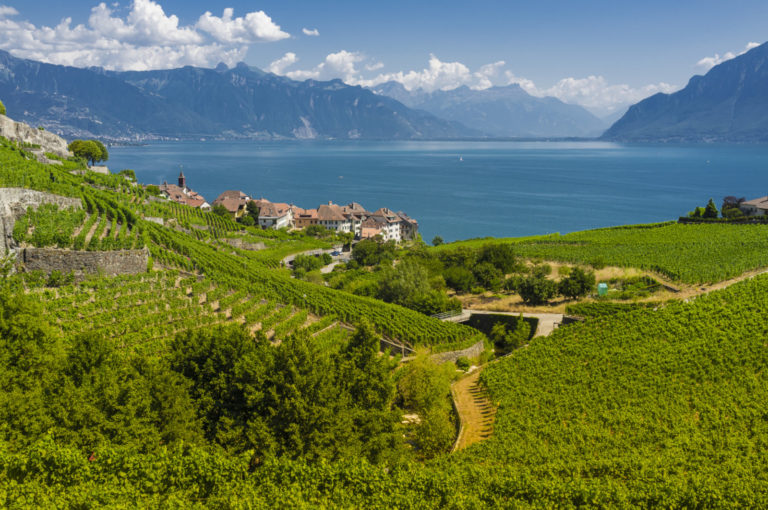 Lausanne is a city, but on a human scale! As everything is nearby, Lausanners don’t waste much time in public transport: a short bus ride to get to their favourite shops, a few minutes on the metro (the only one in Switzerland!) to reach the lakeside and some even have the luxury of walking to work! With its 145,000 inhabitants, Lausanne nevertheless easily compares with supercities thanks to its incredibly dynamic cultural scene, with theatres, museums, dance companies and internationally renowned festivals! In addition, Lausanners have the time to enjoy it all.

No need to be born a Lausanner to become one! Lausanne is represented by inhabitants from all around the globe: a true Lausanner speaks French, German, Italian, English and many other languages! This cosmopolitanism makes it a lively city with impressive multicultural treasures. One thing is certain: the inhabitants all have in common a love for their town!

Every Lausanner will say so: it’s the inhabitants that make Lausanne what it is today, as they are the heart of the town! It’s that friendly bookseller who tracks down the book we’ve been hunting down for years, the market vendor we’ve got into the habit of chatting to every Saturday morning, these impromptu meetings on pop-up terraces with other Lausanne people, these neighbourhood garage sales and so many others. In short, it’s a town that weaves social connections.

Lausanne’s authenticity is also reflected in the town’s architecture, with its narrow streets and stone houses with pretty colourful shutters. Lausanne possesses that little something extra that it shares with its inhabitants: tremendous charm!

Sustainability is one of the city’s central themes, as it sets out to utilise renewable energy sources to the fullest. As does for instance the new Olympic House building – the IOC headquarters – that comprises solar panels and heat pumps using lake water. Not to mention the 350 hectares of parks and gardens that make Lausanne one of the greenest cities in the world!

To set off on a discovery of Lausanne, a car is clearly not essential (we would even say it will make your life more complicated!). Here, public transport is extremely efficient, and visitors and inhabitants alike find a sustainable option to suit each of their daily trips: bus, metro, train or boat, there’s no lack of choice! And if you wish to follow the example of Lausanners well known for being sportsmen and women at heart, there is nothing easier than walking from one place to another (we do warn you, though, it can feel like climbing a lot of the time!).

6. A city internationally reputed for its training

Studying in Lausanne means training in highly renowned institutions! The Federal Institute of Technology, for instance, for science students, is reputed for its fine level of training and its high qualifications in teaching, innovation and research. As for the Ecole Hôtelière, it is ranked world’s best hospitality management school! Not forgetting the Lausanne University of Art and Design, ranked among the best schools in its field, or Lausanne University, of which one of the professors, Jacques Dubochet, was Nobel Laureate in chemistry in 2017.

Lausanners and sport, now that’s a long and beautiful love story. With the town housing the International Olympic Committee’s headquarters, the spirit of sport can be felt in the whole town and at all levels. On the cultural side, the Olympic Museum is a must-see in Lausanne! When you walk along the lakeside, it’s also almost inevitable to meet a Lausanner focused on his daily run. During the hockey season, Lausanners love to meet up to support their team, and you’ll often hear “LHC allez” (“Go LHC”) resonating in the town. For nothing in the world would the inhabitants miss the Lausanne Marathon, the 20 km run and Athletissima, THE yearly all-important sports events. It also has to be said that simply walking in Lausanne means working out – not for nothing is it sometimes called the small San Francisco of Switzerland!

8. A city that fosters meetings

In Lausanne, the places to meet are aplenty: whether while having a coffee on one of the town’s many terraces, by sharing a meal in its fantastic restaurants, between two dips in Lake Geneva, during a picnic in a park or simply on a walk in Ouchy, every opportunity is seized to spend time together! Whether at weekends or for afterworks, Lausanne is also renowned for its exceptional events that ensure Lausanners will never be bored and make the town as lively as it should be…

There’s nothing easier than getting to Lausanne! Its train station provides very frequent and direct connections to and from the other key cities in Switzerland. It takes 45 minutes by train from Geneva airport and just over two hours from Zurich. There are even direct links from Milano and Paris (3 hours 40 min in Lyria TGV)! 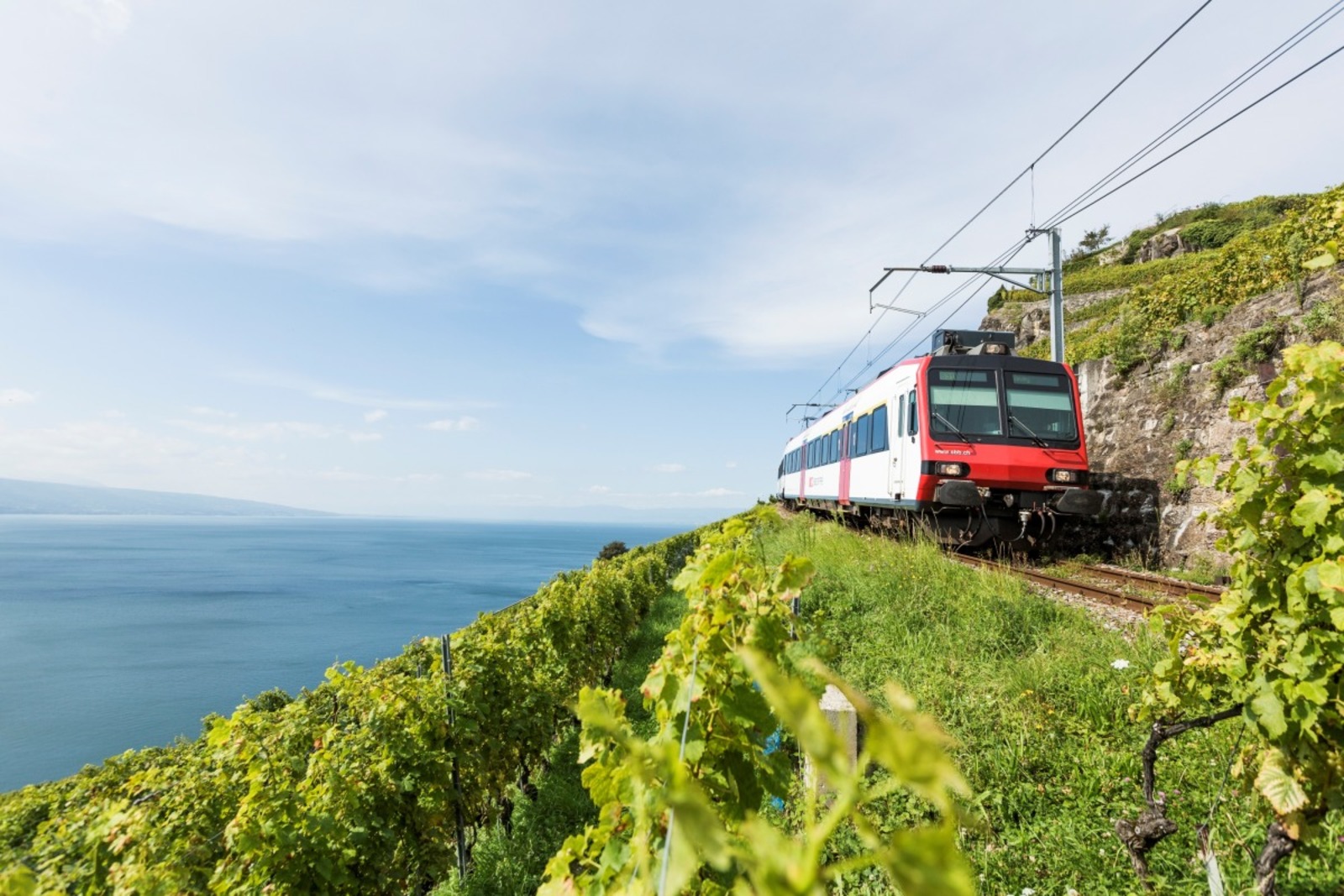 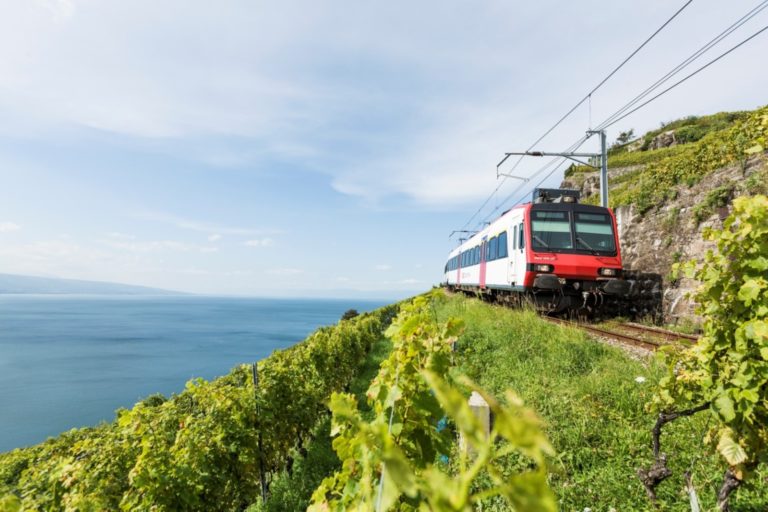 It is indeed not for nothing that Lausanne was ranked “Best small city in the world”! All these assets make Lausanne a small city in which we feel content and can thrive.

More info
Camille, the spontaneous shutterbug
For me, Lausanne is a close-knit city, young and dynamic, where nature...
More info
Dominik, the arch-photo fan
Lausanne for me is a city where there’s always something to see, wheth...
More info
Pierre, the asphalt snowboarder
For me, Lausanne is a paradise for urban gliding. It’s got slope, grea...
More info
Chloé, the family designer
Lausanne, for me, is the city of my heart. This has made me realise th...
More info
Sébastien, the adventurer
For me, Lausanne, above all, is a dynamic city. No matter the time of ...
More info
Victoria, the green smoothie
Lausanne, for me, is a haven of comfort, a small city straight out of ...
More info
Carla, the alternative view
My Lausanne is: getting lost in the charming streets of the Cité distr...
More info
Pauline, the culinary explorer
Lausanne for me is an amazing multicultural and dynamic city. The seas...
What's up in Lausanne
Subscribe to our newsletter in French and don't miss any more good deals in Lausanne!
My favorites
Loading...
There are no favorites in your list.
Coronavirus: situation in Lausanne